Uttar Pradesh schools closed till January 14 due to cold waves 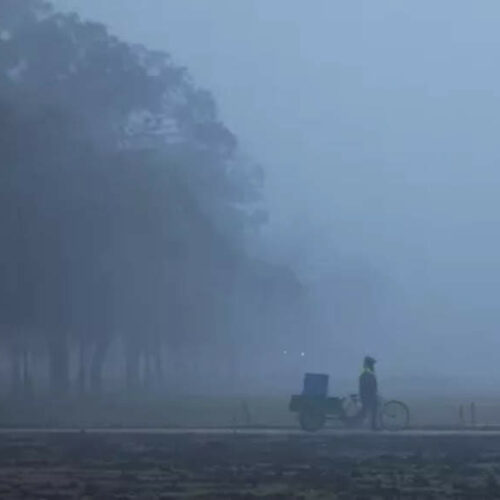 UP Schools closed latest updates: The schools in several districts in Uttar Pradesh, including state captial Lucknow, will remain shut till January 14, 2023, due to prevailing cold wave conditions across the state.
An official notification released by the district magistrates in various districts states that all schools in Lucknow will be closed from January 9 to 14 due to the weather conditions for students from classes 1 to 8 only.
“In view of the difficulty being faced by the students in reaching the schools due to the extreme cold wave, all schools in urban and rural areas from classes 1 to 8 will remain closed from January 9 to 14,” reads the notification released by the district authorities.
Schools in other parts of the northern India were also closed amid the cold wave conditions.
Delhi schools closed till January 15 in the wake of cold wave
All private schools will be closed in Delhi till 15 January 2023 due to extreme cold waves. The Directorate of Education, Delhi govt on Monday released a statement stating that winter vacation 2023 in Delhi private schools have been extended in the wake of cold waves prevailing in the national capital.
Schools in Bihar closed till January 15 due to cold waves
Schools in Bihar’s capital, Patna will remain closed due to cold wave conditions across the city. The District Magistrate of Patna issued an official notice on January 07, 2023 to close private and government schools up to class 10 till January 14. “The impact of cold wave and extreme cold is continuing in the district even at present, due to which the health and life of children is likely to be affected,” reads the official notice.
Punjab extends winter holiday in schools till January 14 due to cold wave
In view of the extreme cold wave conditions across the northern part of India, the Government of Punjab has yet again announced to extend the state school holidays. Earlier, Punjab schools were scheduled to reopen from January 09, 2023 however after the extension of winter holidays, the schools in Punjab will remain shut till January 14, 2023. The next day being Sunday, the schools are likely to open on January 16, 2023.